The Saga of Mister Darcey 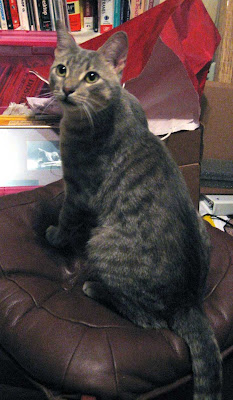 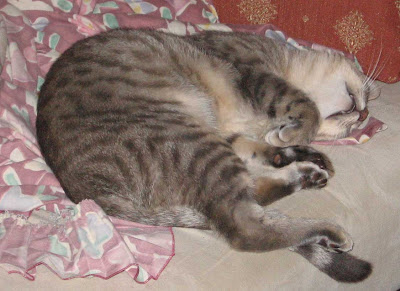 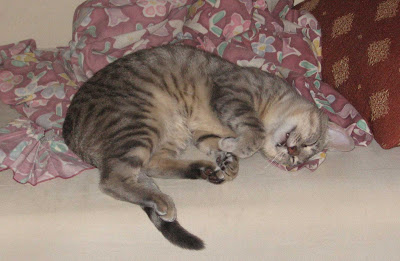 Yet another lost pet showed up in front of our building last night. What had me all sad and furious is that we have rescued this fellow before! Yes, you heard me. Loooooong story.
Tuesday September 7 I arrived home about 10 pm to find a cat in the front walkway. Having just gone through this with Missy (another story altogether), I scooped him up and brought him in, put out the food, and took the pictures for the Found Cat flyer. He immediately inspected all rooms and pretty much took over, hence the naming after the handsome, arrogant, romantic stranger (yes I know I spelled it wrong). Emma and the other girls were not amused.
Meanwhile, he was ravenous, unruly, rude, and tended to bite anyone who tried to cuddle him. He had very stinky goopy poops. I decided to get him to the vet ASAP, which was Monday September 13 due to my overwhelming prior commitments. We tested him for everything, treated him for three kinds of parasites, vaccinated him, and on Tuesday he was neutered and I took him home to recover.
Unlike Missy, whose people found her right away and were overjoyed to have her back, Darcey's people were harder to find. Wednesday I got a call from a woman who thought he was her lost cat, but it turned out he was not.
Thursday I got another call, this time from a woman who was certain he was her cat who she had "put out for a week" because she could not afford food or litter. I was aghast. I did not want to let her have him back, ever.
She persisted in calling and said that things had changed and she could afford to feed him now. I reluctantly invited her over to confirm that it was the correct cat, get to know her better, and see how the two interacted. Since Darcey was still getting medication we agreed that he would stay with me until that was done. She was to call in five days.
Some number of days beyond five (my memory is fuzzy here) she knocks on the door, saying she lost my number. Eventually she comes over with her young niece and they take the cat home. This was about a week ago. Next thing I know, the cat is back in the driveway, and runs to me.
DH tells me that the "owner" had come over earlier to ask us to take him back because she is allergic. He did not agree, and I guess her solution was to dump the cat here again.
Today she rang the bell and returned the carrier. Not one word about the cat. Unbelievable.
Missy
Hers is a far less dramatic tale. She came, she was loved, she was reunited with a little boy and a litter mate, happy ending. But you get pictures. 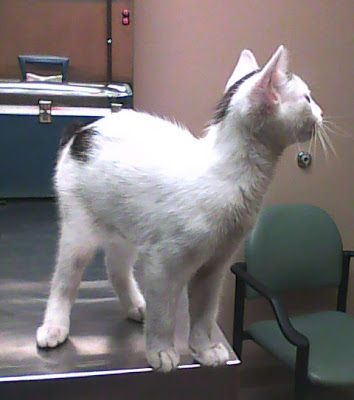 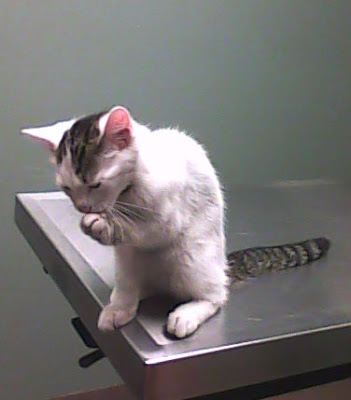 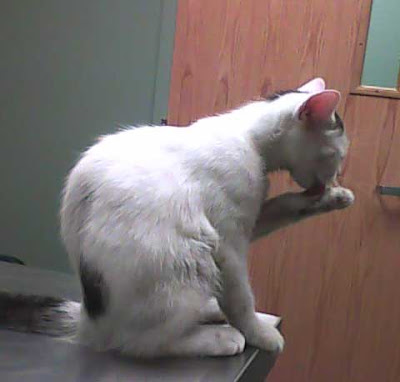 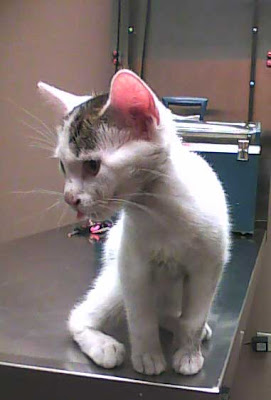 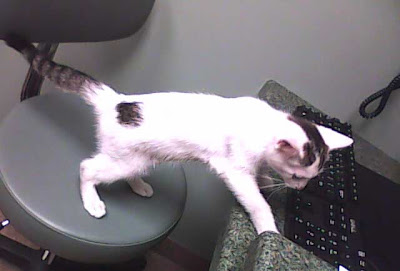 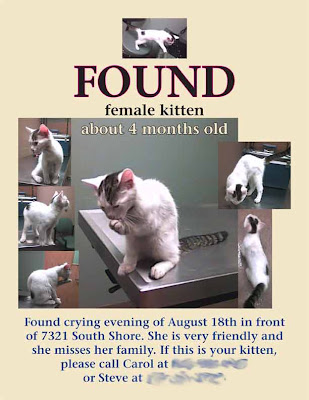 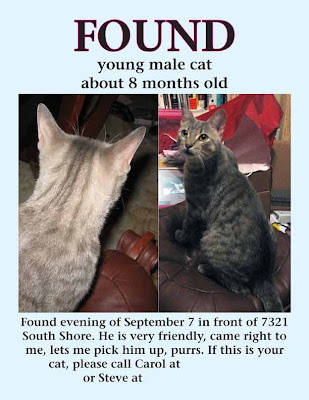 Posted by boobookittyfug at 1:31 PM No comments: